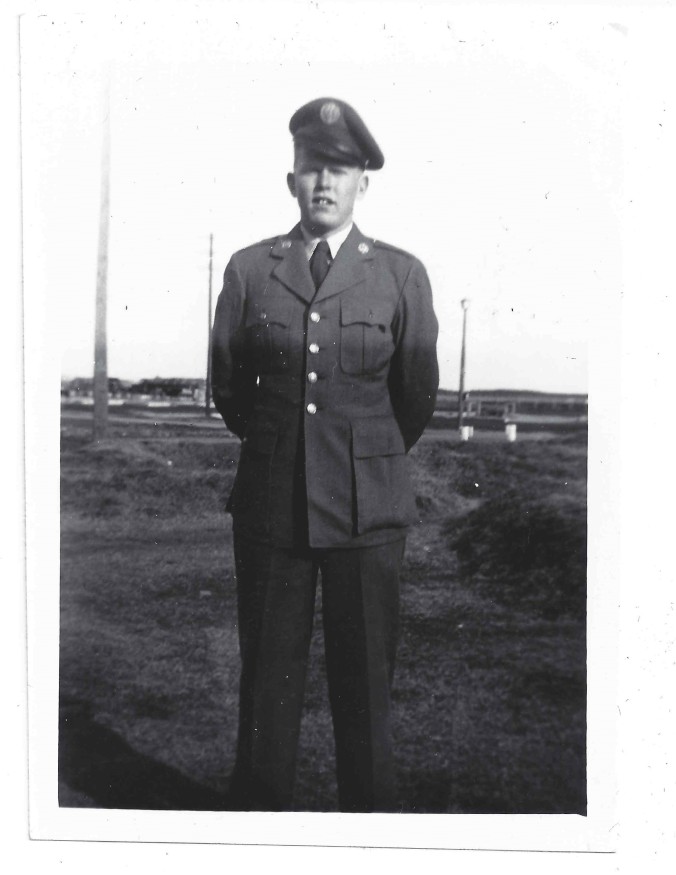 My Dad went to war to escape the bitter boring cold of Plentywood, MT.  Ironically, he became a veteran of what today is known as The Coldest War for the brutal cold our soldiers endured and the Forgotten War, as it silently slips into the back of our minds as a mere conflict. The Korean War began on June 25, 1950, when Soviet-backed communist North Korean troops crossed the 38th parallel and invaded the pro-Western Republic of South Korea. It was the first military conflict of the Cold War, pitting communist ideology against the Western ideals of freedom. American troops were engaged in battle by July 5th and my father enlisted that autumn.

Leaving the frigid plains of Plentywood, MT for something better if not warmer, my Dad traveled to Great Falls for Thanksgiving dinner with a buddy and his brother who was serving in the U.S. Air Force at that time. The food was so good that my Dad was convinced the Air Force was a better fit for his appetite than the Navy! Signed up and headed for Basic Training in Biloxi, MS, my Dad’s first taste of military life came at the hands of a bunch of Jersey boys with heavy street accents and character to match.  This agrarian Montana boy found himself feeling like a stranger in a strange land and had a hard time accepting these coarse, street-smart, smart-alecks as fellow Americans and comrades in the fight.

Next, he was off to Japan, where he was assured of a counter-cultural experience. His ship docked in Yokohama and his troop was put right on a train to the north, a region that reminded him of the heavily timbered lands of Western Montana. Misawa was the destination, about 500 miles north of Tokyo. As this redheaded, buck-toothed cowboy strode through the train station, he soaked in his surroundings as home-grown strains of “Bury Me Not on the Lonesome Prairie” played on loudspeakers. Exiting the depot, deep in the heart of northern Japan, my Dad looked up the street and was once again reminded of home, as a big yellow and black sign beckoned him to come shop at J.C. Penney and Company! 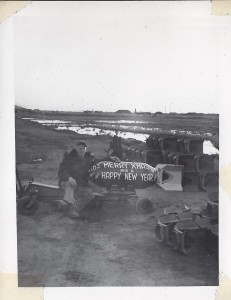 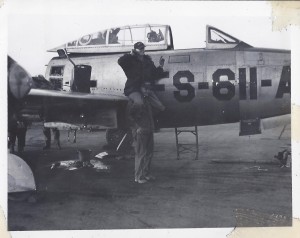 My Dad served with 3 squadrons that were the first to fly F-84’s in air-to-air refueling combat missions over North Korea. He never saw ground battle first hand but he did experience some mighty earthquakes. His final mission was spent at the atomic testing grounds of Las Vegas, and as he likes to say, that is a whole other story. My dad didn’t talk much about his “war-days” nor did he frequent the American Legion. His medals aren’t framed or on display – they are simply secured in an envelope inside a fire safe. He proudly saluted our flag, served his community, and raised his kids to fervently love their country. 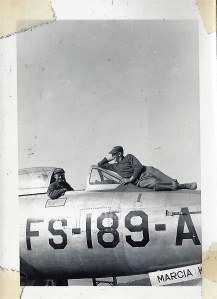 The Korean War never really ended. Much like the Vietnam war, there was no grand victory parade when our soldiers returned. On July 27, 1953, a truce was signed creating a 2-mile-wide demilitarized zone between the North and the South. Communism was not defeated, only kept from spreading. Yet 54,426 American lives were lost and 100,000 were wounded in battle. A devastating 5 million people lost their lives in this three-year war – more war casualties than in WWII or Vietnam.

To all our Veterans, living and dead, whether you came home to ticker-tape parades or alone on a plane, I give you my deepest gratitude. Thank you for your service to our country. And for those who never came home, may your legacy inspire us all to serve and remind us that our freedoms are and never were free.

Thank you, Dad. Though you are now flying high and free, your legacy will forever live on quietly in me.

“Greater love has no one than this, that he lay down his life for his friends.” 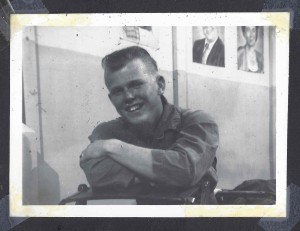